If you have come here to find out how to build and setup a camera from scratch, jump ahead to this section !

A RMS-based GMN station that is the subject of this Wiki consists of a Raspberry Pi (RPi) single board computer, a low light level security video camera, and the RMS software package. The camera is securely mounted in a weatherproof housing, pointed at the sky, and connected to the RPi with a POE (Power Over Ethernet) cable. The RPi is connected to the Internet via WiFi, and to be a part of GMN network, you’ll need a fairly powerful Raspberry Pi (RPi 3B+, RPi 4 or better) and a reasonably fast Internet connection. The internet connection is primarily required to enable data upload to a central server each morning as well as provide automatic updates for the RMS software.

You'll need a Raspberry Pi with the software on, and a camera kit. We strongly recommend the Pi4 model. The software will run on a Pi3 but it is much slower.

There are two options:

You can buy a camera and Pi prebuilt and ready to install. These are available from a couple of suppliers. The Croatian Meteor Network sell prebuilt cameras as explained on this page. Alternatively, if you're in the UK, you can obtain cameras from the UK Meteor Network

Build your own from scratch

This requires some basic DIY skills and some familiarity with the Raspberry PI, but don't be put off. The instructions are comprehensive and if you get stuck, you can ask for advice in the groups.io forum.

Click on this link if you want to build a camera from scratch.

Once you've built the camera, You can flash a Prebuilt image onto an SD card to set up the Pi with the software required to capture meteors and upload data to the network.

Pre-built Images are available with the RMS software pre-installed on Raspbian. Raspbian is the operating system typically used on the Raspberry Pi.

A 128 GB microSD card is preferred, although smaller 64 GB cards will also work. The image is flashed to the microSD card using the Etcher utility for Windows (32 or 64-bit), MacOS or Linux (64-bit), which can be found here

When you first boot up the Pi make sure you have a keyboard, monitor and mouse attached as you will be taken through a setup process by the RMS software.

The current publicly released images of RMS are: RPi3B+ and RPi4 .

Please see the Quick Start Guide about how to flash them to an SD card.

Install the software from scratch

Note: if you're setting up a Rspberry Pi you should use the prebuilt image as this comes with all necessary software installed and is ready to use.. If you really do want to install on the RPi from scratch, you can follow the instructions below:

We no longer recommend the Pi3, as it doesn't have the performance or memory to handle busy meteor showers.

Data capture does not work under windows. However you can use the other tools on your PC, where its much quicker to run SkyFit2 to calibrate your camera to the sky, or you want to use BatchFFToImage to convert data to jpeg format to share on Social Media.

Click here for detailed instructions. The instructions were tested on Windows 10 64-bit, but should work on any Windows version where git and Anaconda are available.

Aside: If you are a Windows whizz, please feel free to investigate why data capture doesn't work!

As with Windows, installation for MacOS is useful if you want to analyse the data offline. If you do want to install it, please follow the instructions here.

The .config, platepar and mask files that are in the RMS source directory, plus the whole contents of the hidden directory /home/pi/.ssh.

If your SD card fails or becomes corrupted, the config files can be fetched from the server as they are uploaded every day together with the data. However the contents of .ssh are essential for connection to the server, so you must also save these. Once you set up a new SD card, return the files in their original location. 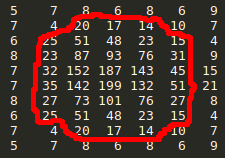 Operators of individual GMN stations exclusivery own the Level 1 and Level 2 data their stations produce. In practice, this means that they are free to share this data with other meteor networks if they wish to do so. The data that gets uploaded to the GMN server will not be shared publicly nor with other parties without the operator's consent, but may be used internally by the GMN coordinators to manually produce other data products (e.g. trajectory of a meteorite dropping fireball, analysis of a meteor shower). All station operators will be credited for their data in all GMN publications.

The IstraStream.com is an independent hosting site which is part of our world wide GMN. It is primarily a host for data from cameras sold by IstraStream, but other station operators can request that their data be included.

To enable the IstraStream upload, simply change the config file as follows:

Then, send an e-mail to info@istrastream.com with your:

For example, "CA0001; Elginfield Observatory, Ontario, Canada; 4mm". The IstraStream crew will enable the weblog page within a few days.

Finally, this document explains what every plot on the IstraStream weblog means:

Overview of the GMN, Astro Imaging Channel presentation (May, 2020)